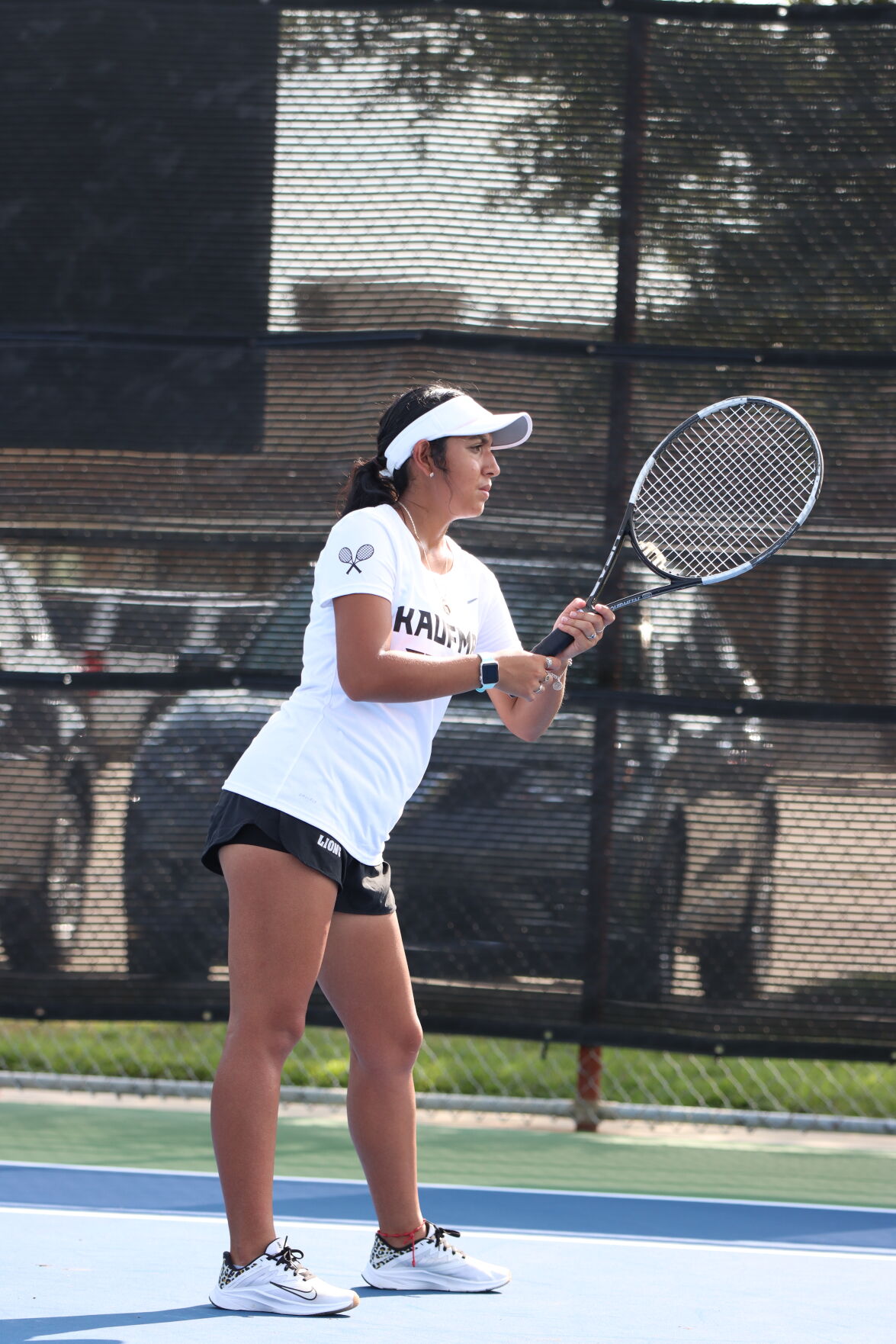 Samantha Barrera prepares to return a servce from her opponent during her doubles match. 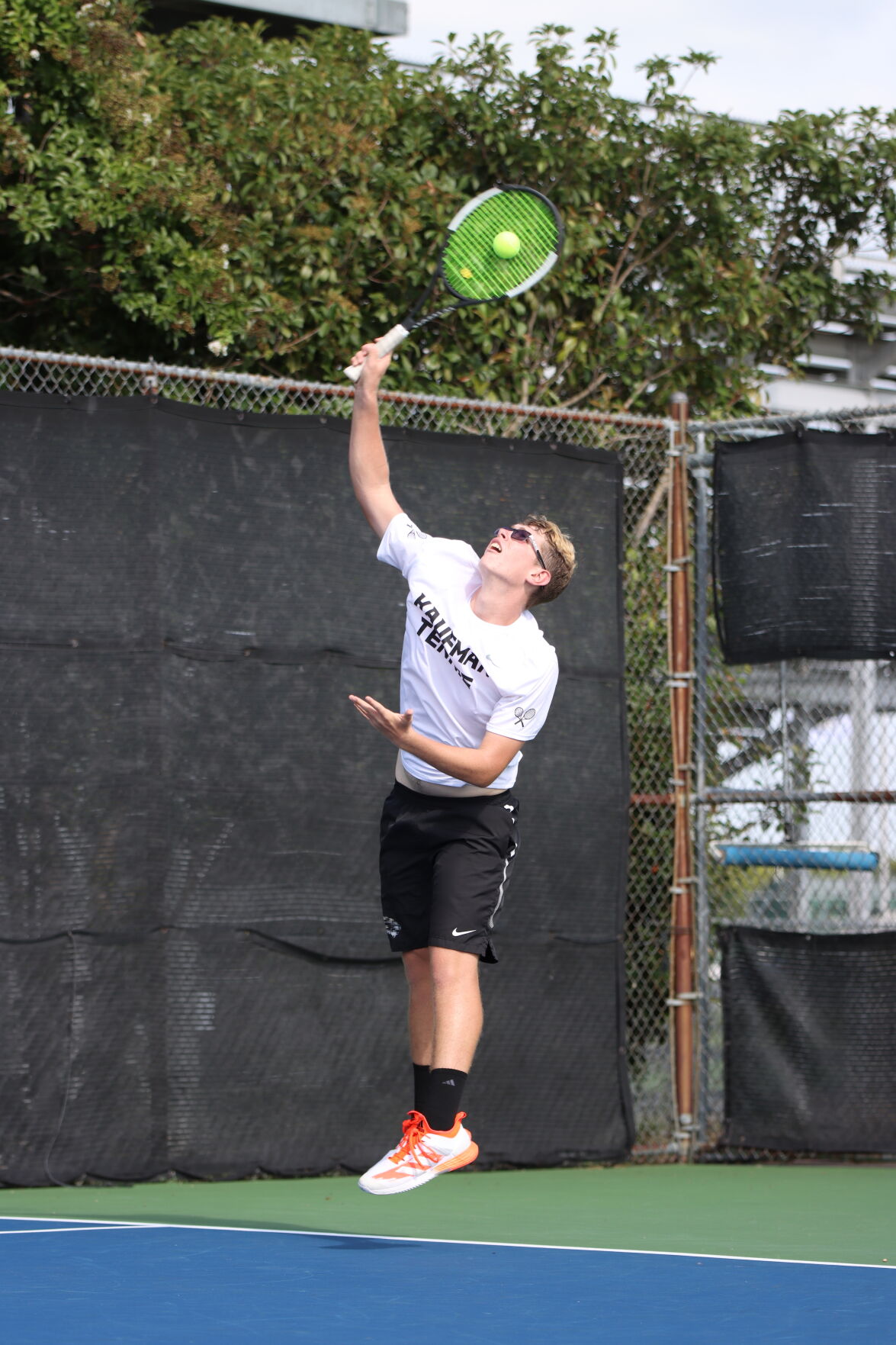 Samantha Barrera prepares to return a servce from her opponent during her doubles match.

On Aug. 19, Kaufman rolled past North Forney by the match score of 15-4. Then, on Aug. 20, the Lions shut out Forney High School by the awe-inspiring match score of 19-0.

With these results, the state-ranked Kaufman Lion tennis team improves to 8-1 overall on the season.

In their match up vs. North Forney, the Lions got out to a quick 5-2 lead in doubles thanks to some strong victories by the teams of Eli Frosch and Cody Hunter, Cristian Gutierrez and Phoenix Johnson, David Harris and Kayden Lengacher, Jackie Rodriguez and Laisha Ochoa, and Natalya Morales and Jadidiah Sandoval.

Individually, after this North Forney match up, the MVP award was given to Frosch while Lengacher received the Low Scorer award. Also, Ochoa was presented with the Heart award.

Individually, the MVP award went to Amanda Hasbell for winning her matches in both singles and doubles. Hunter was presented with the Low Scorer award as he surrendered zero games to his opponent. Finally, the doubles team of Natalya Morales and Nallely Avila earned the Heart award for an impressive comeback win in their match.

The team is scheduled to play a double header in Groesbeck against Groesbeck and Gatesville on Aug. 28.