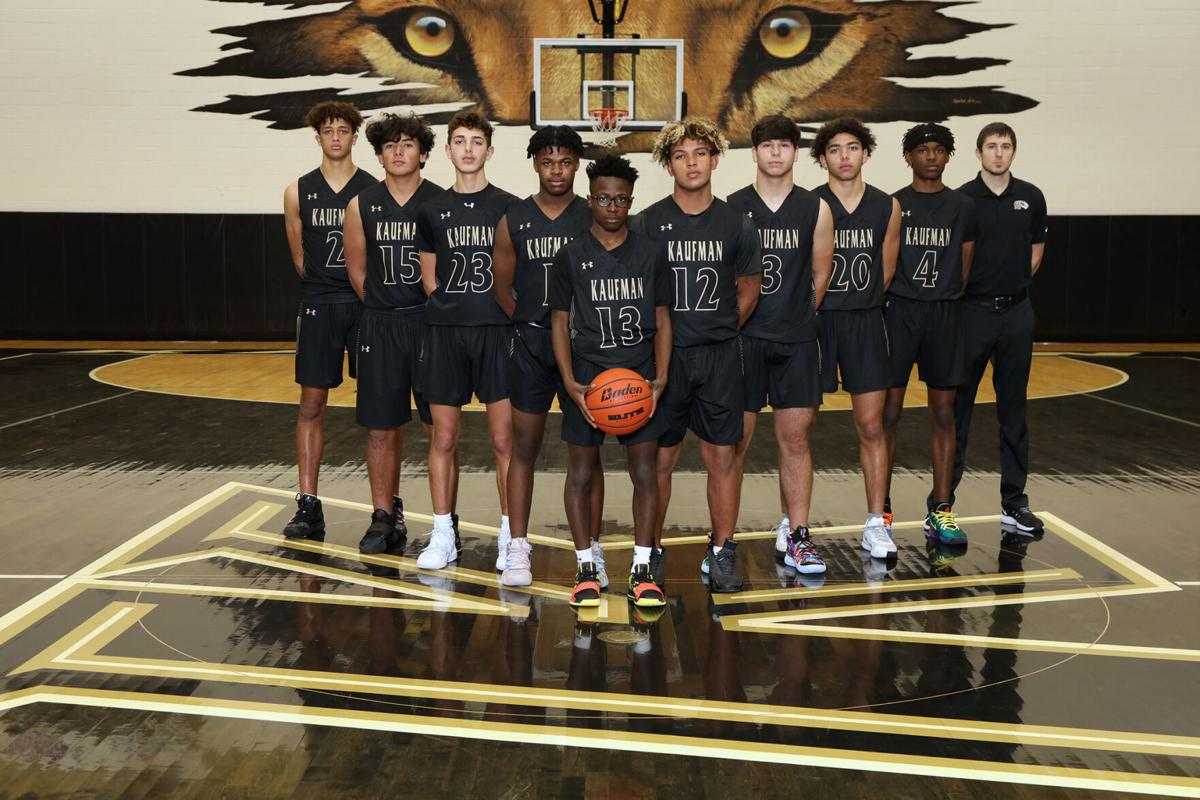 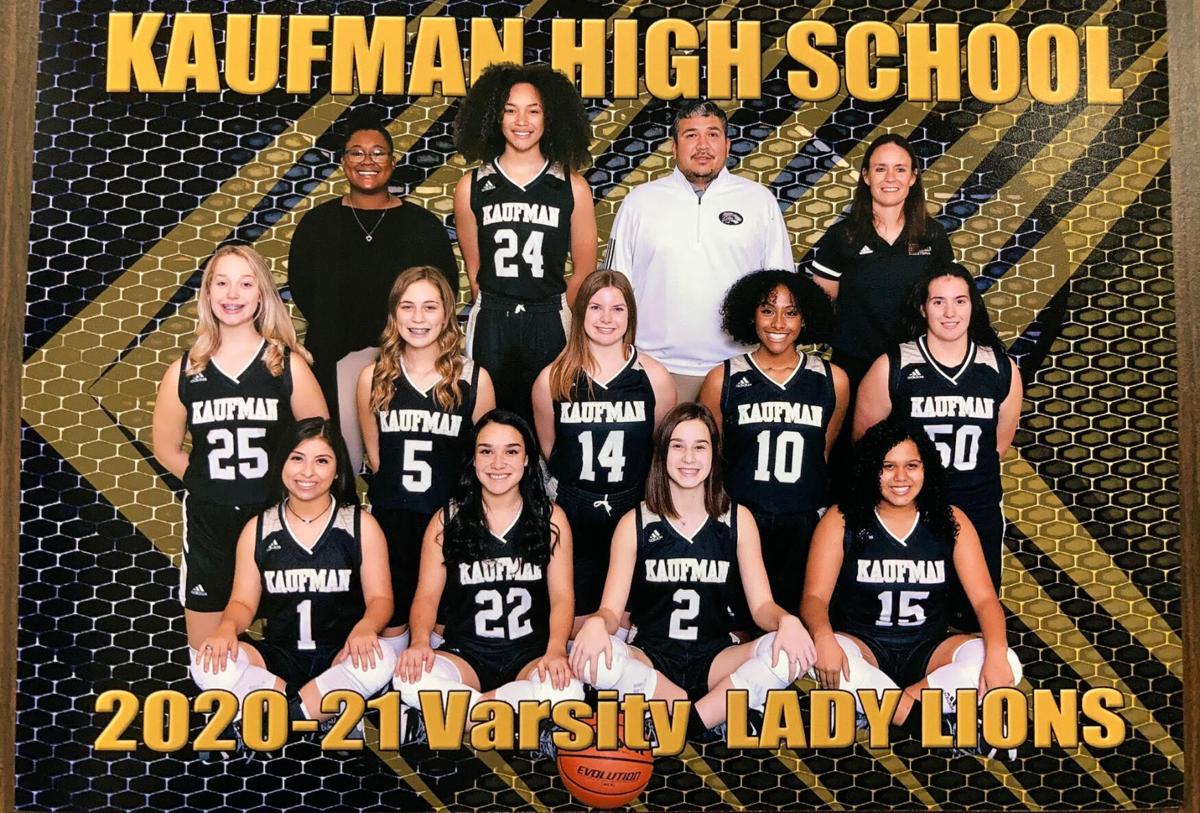 Not pictured are #34 Junior Hailee Woody and #12 Senior Madi Prox.

Not pictured are #34 Junior Hailee Woody and #12 Senior Madi Prox.

When the Kaufman Lion varsity boys’ basketball team produces their best brand of basketball, they have discovered that they can beat anybody.

The Lions learned this on Dec. 29 when they knocked off a quality 6A team from Sachse High School by a count of 52-46.

Despite the fact that Sachse was a 6A playoff team last season, Kaufman was undaunted as they competed toe to toe with the Mustangs and more than held their own.

At the start of this game, Kaufman was clicking on all cylinders as they built up a 19-12 lead by the end of the first quarter. At half time, Kaufman was still in front by the count of 25-21.

However, in the third quarter, Sachse had an offensive surge, and it helped the Mustangs vault into the lead by a count of 38-35 through three quarters of play.

But, in the fourth quarter, Kaufman played at a very high level on both ends of the floor and because of that the Lions were able to ultimately reach the winner’s circle.

Then, on Dec. 30, Kaufman faced off in a non-district game against state powerhouse Dallas Carter. In the end, it was a rough night at the office for the Lions as Dallas Carter defeated them by a count of 73-40.

After these results, Kaufman’s current record stands at 8-3 overall and 1-0 in District 13-4A play.

As for the Kaufman girls varsity basketball team, they played a non-district game vs. Mabank High School on Dec. 30. When it was over, the Lions were declared the victor by a count of 36-29.

After this result, the girls' current record stands at 3-10 overalland 0-3 in District 13-4A play.