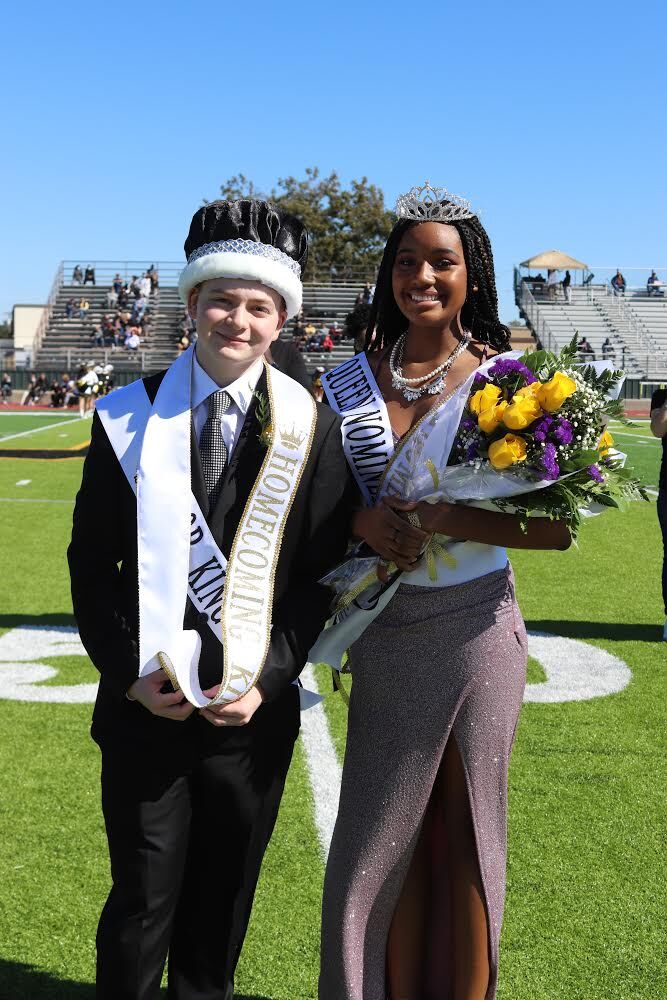 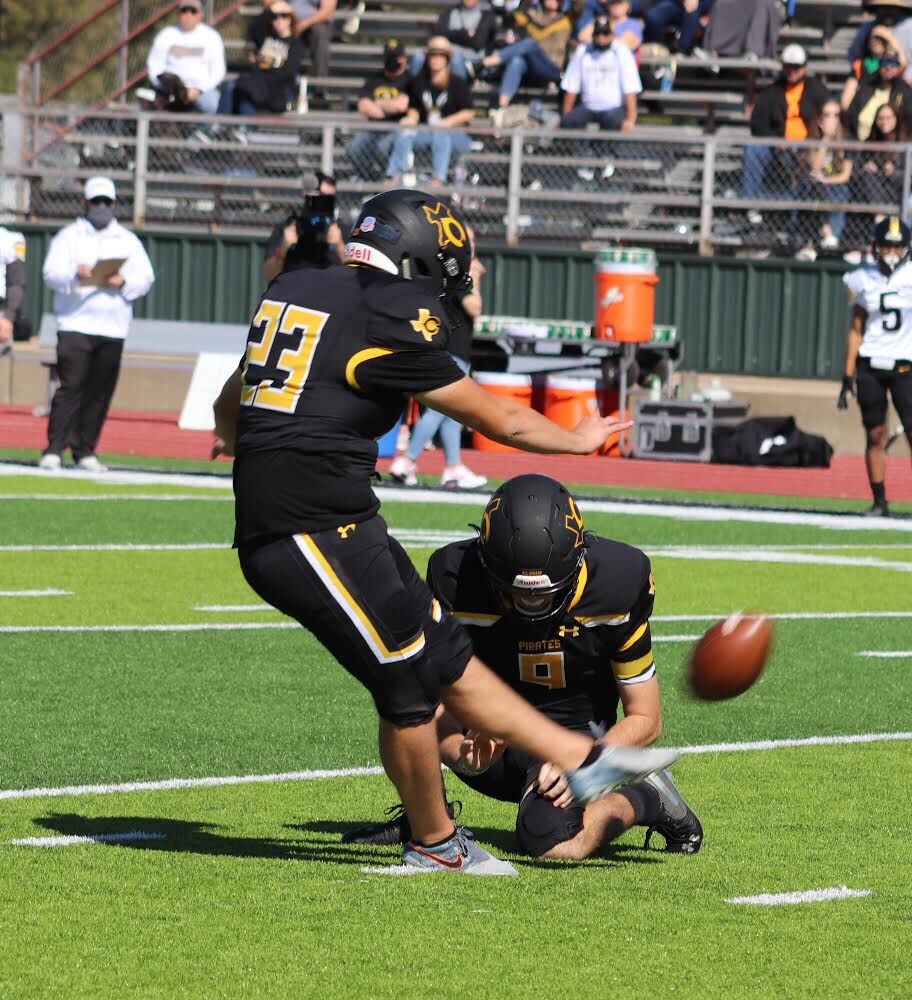 Crandall’s sophomore place kicker Brandon Perez booted through three field goals in their Oct. 31 homecoming victory over Forney, including a 51-yarder in the second period of overtime. His holder is senior Mason Daugherty

Crandall’s sophomore place kicker Brandon Perez booted through three field goals in their Oct. 31 homecoming victory over Forney, including a 51-yarder in the second period of overtime. His holder is senior Mason Daugherty

In one of the wildest high school football games that you will ever see, talk, hear, or read about, the Crandall Pirates outlasted the Forney Jackrabbits in a four-overtime thriller by a count of 57-54 on Oct.31. This day was also special due to the fact that this was Crandall’s Homecoming Game.

With the win, Crandall improves to 3-1 overall and 1-0 in Zone 1 Play. Forney falls to 0-6 and 0-1 respectively. Historically for Crandall, this was the first time that they have beaten Forney High School in football since 1998.

The winning points in this game came on a 25-yard touchdown pass from Gordon-West to Alexander during the fourth overtime period.

With the score at 14-all late in the first quarter, Forney fumbled a kickoff and Crandall recovered it. Then, after a short drive, Crandall’s Brandon Perez booted through a 38-yard field goal, which gave the Pirates a 17-14 lead at the 36 seconds mark of the first quarter.

At halftime, this game appeared to be over. But, Forney, to their credit, would battle back. At the start of the second half, the Rabbits scored a 35-yard touchdown pass onfourth down from Garcia to Harrison, which made the score 38-21. Then, after a Crandall punt, Forney’s Washington completed a drive for the Rabbits with a one-yard touchdown run, which cut Crandall’s lead to 38-28.

Late in the fourth quarter, after Forney forced Crandall to turn the ball over on downs, the Rabbits marched for a touchdown to trim Crandall’s advantage to 38-35. The touchdown came on a six-yard touchdown run by Washington.

Then, on Crandall’s next drive, Forney’s Alijah Merkson intercepted a pass and returned it to the Pirates’ 30-yard line. From there, the Rabbits drove into field goal range for kicker Cameron Newell. With 26 seconds left, Newell booted through a 24-yard attempt to tie the game at 38-all. This game was unbelievably headed to overtime after Forney outscored Crandall 24-0 in the second half.

In the first overtime, Crandall got the ball first and they drove for a touchdown to make the score 45-38 in favor of Crandall. The touchdown came on a six-yard run by Abron. But Forney answered back thanks to a two-yard touchdown run by Stephens, which deadlocked the score again at 45-all.

In the second overtime, Forney received the ball first and produced a 30-yard field goal by Newell to forge ahead 48-45. On Crandall’s possession, Forney’s defense forced the Pirates to try a long field goal attempt in order to stay in the game. Remarkably, the Pirates’ Brandon Perez came through under pressure as he launched a successful 51-yard field goal try to tie the game once again at 48-all. It was an incredible kick. This game would continue.

On their possession in the third overtime, Crandall went ahead 51-48 courtesy of a 21-yard field goal by Perez.

However, Forney would again tie the game again at 51-all on a 23-yard field goal by Newell. So, this game was headed to a fourth overtime.

This time, Forney began things with another field goal—a 38 yarder by Newell which put the Rabbits in front at 54-51.

But, then Crandall won the game 57-54 on a 25-yard touchdown yard pass from Gordon-West to Alexander. This was an amazing game. It was well worth the price of admission indeed.

Due to Covid-19 concerns, District 8-5A Division II has gone to a zone schedule for the rest of the season. Zone 1 consists of Crandall, Forney High School, Royse City, and state ranked Ennis. Zone 2 is made up of North Forney, Corsicana, Greenville, and Sulphur Springs. To make the playoffs, a team has to finish either first or second in their respective zone.

Passing: Jamonte Gordon West 18 of 29 for 360 yards with 6 touchdowns and one interception.