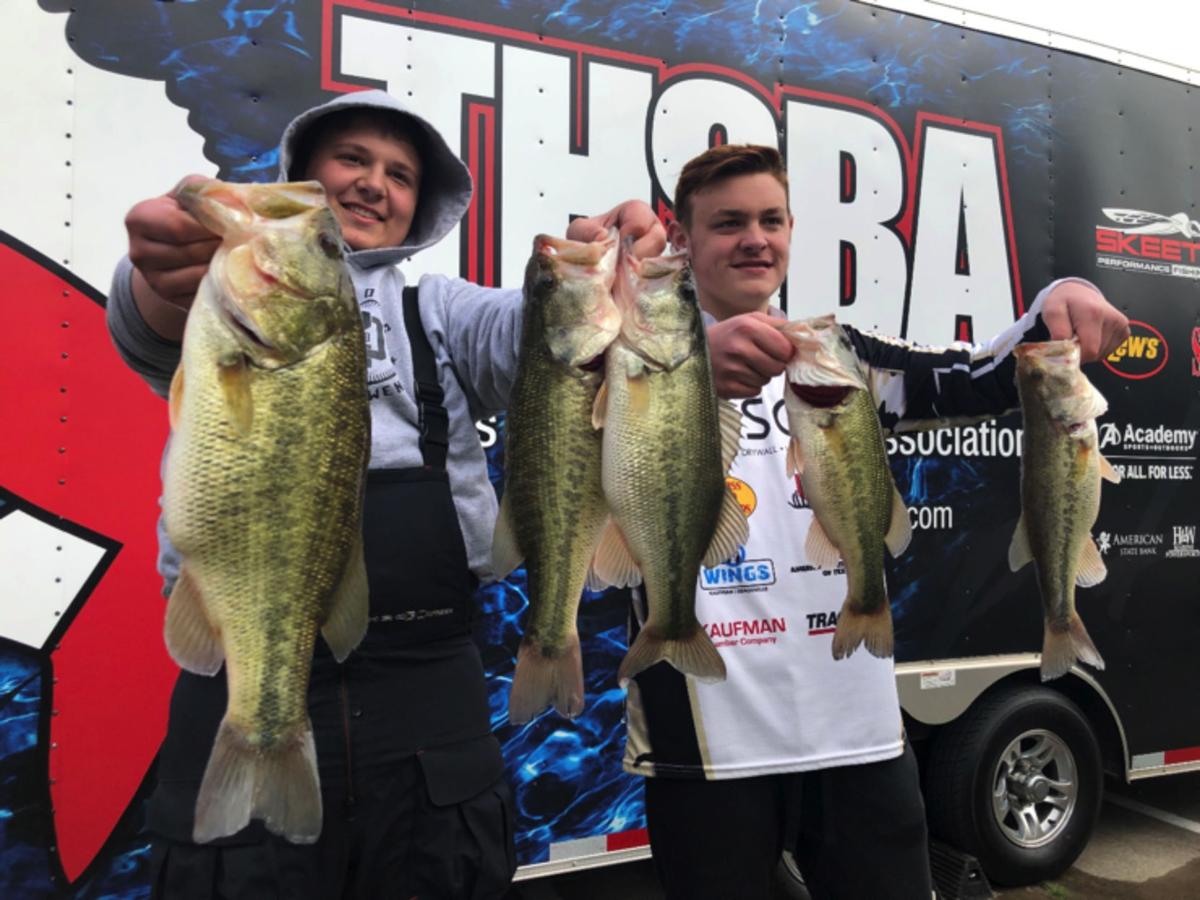 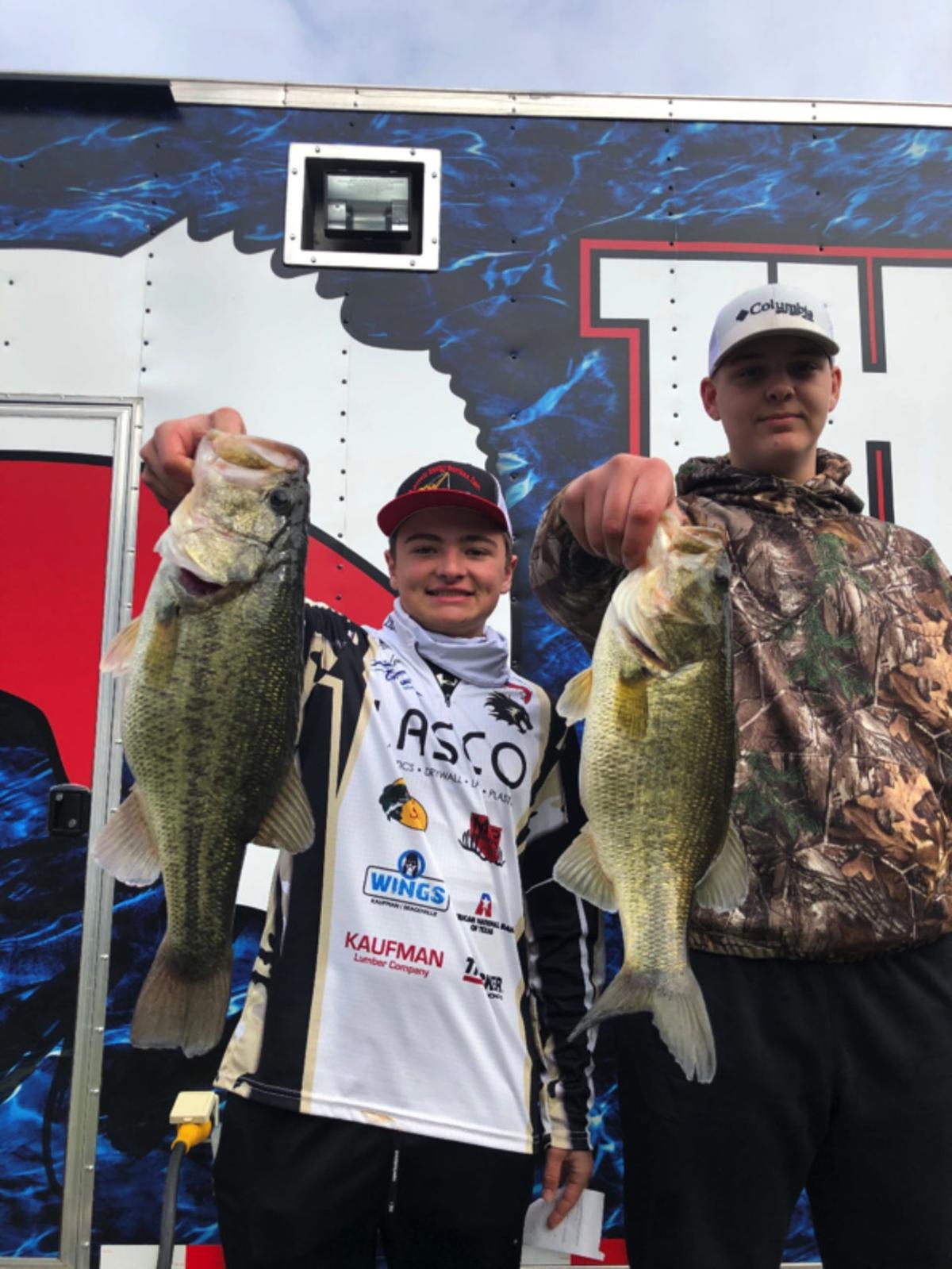 The fourth open tournament in the Central Division of the Texas High School Bass Association found most of the Kaufman team scrambling for a good pattern on Lake Ray Hubbard on Feb. 22.

Naturally, a severe cold front blew through three days before with cold rain, which increased the muddy water as it flowed through the lake. Water temps barely topped 50 degrees.

The Kaufman Team which normally does well on Hubbard placed third overall behind Caddo Mills and Rockwall. Leading the way was Gavin Thompson and Landon Fulton, who placed fourth with one of the five fish limits caught in the entire tournament. They had 13.91 which won the pair $500 scholarships. Fourteenth place went to Garron Kinney and Levi Gardner with 7.68. Jerron Hudson and Lane Manning was 39th with one bass for 2.91.

To show how tough the fishing was, there were 173 teams entered and only 56 teams managed to get to the weigh in line. Even though the bite was slow, the Ray Hubbard junior lake record was broke by the Quinlan team of Justin Gray and Wyatt Young with a 10.41 hog.