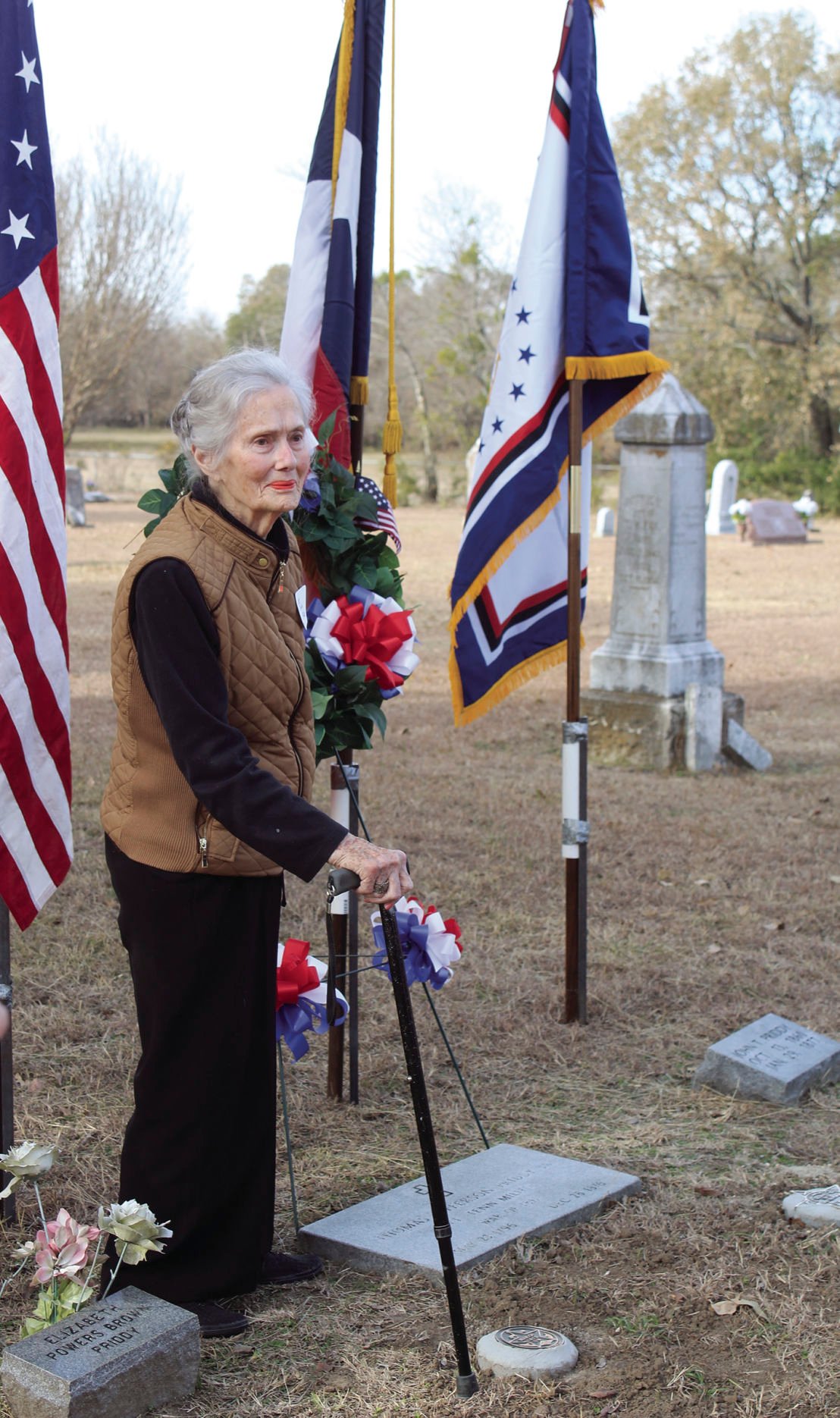 Lee Priddy Steele of Canton is the great-granddaughter of Thomas Priddy and remembers her grandfather telling her about the family’s trip by wagon train from Mississippi to Texas in 1869. 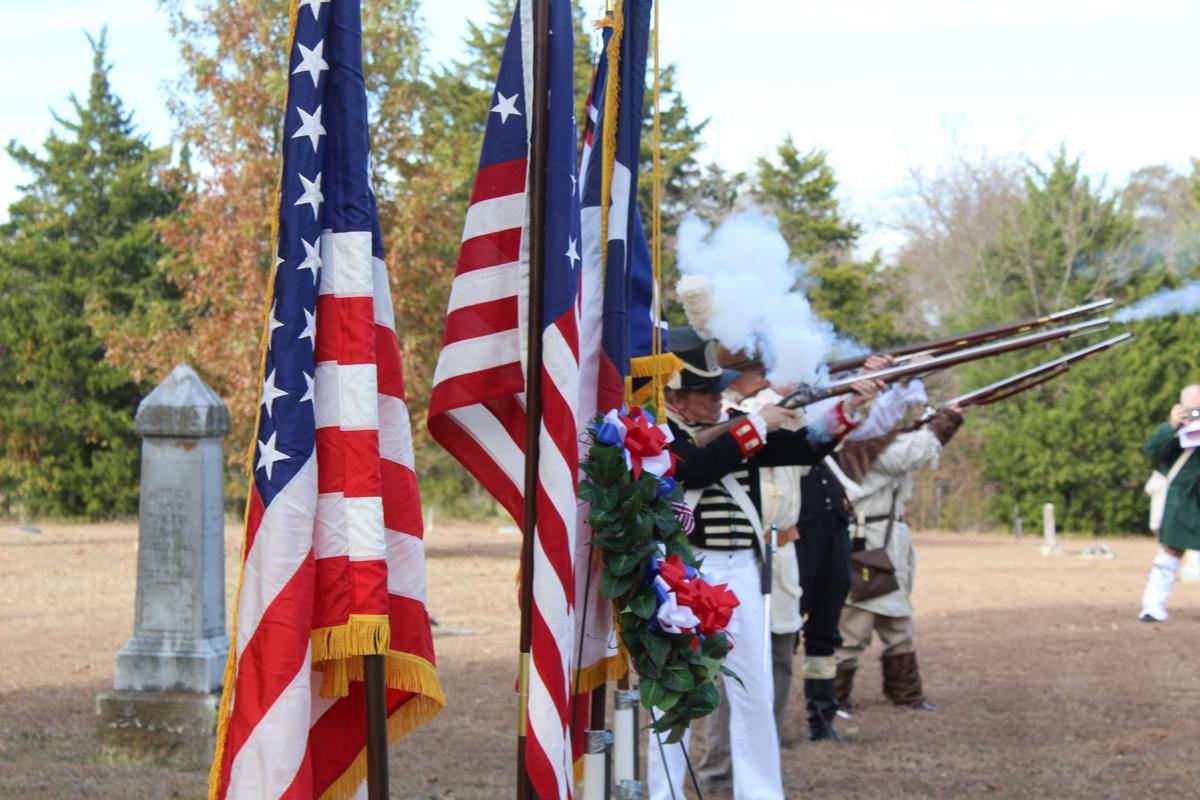 Lee Priddy Steele of Canton is the great-granddaughter of Thomas Priddy and remembers her grandfather telling her about the family’s trip by wagon train from Mississippi to Texas in 1869.

On Saturday, two groups hosted a grave marking for the Rev. Thomas Jefferson Priddy, Sr. who is buried in the Fox Cemetery near Rand.

Priddy came west to Texas in a wagon train of about 100 people in 1869, just seven years before his death in 1876 at the age of 80. The journey took nine weeks.

Attending Saturday’s event were about six of Priddy’s descendants, including his great-granddaughter, Lee Priddy Steele of Canton. When she was younger, she remembered her grandfather telling her about the wagon trip the family made to Texas. Her grandfather became a blacksmith in Coleman, and like his father, he was active in the Baptist church. Steele said she remembered attending a church meeting with her grandparents when the congregation was deciding whether to join the Southern Baptists or the Missionary Baptists. When the vote went to the Southern Baptists, Steele said her grandfather walked out, and being a child, she had to join him in leaving the meeting.

Priddy’s is one of 18 graves of veterans of the War of 1812 that is marked in North Texas, said Charles Stephenson, the vice-president of the Craig Austin Rowley Chapter of the of the Society of the War of 1812, one of the co-hosts of the event.

The markers on Priddy’s grave were commemorated with  an honorary salute by volley, where members of the Society each fired three musket shots.

Priddy was “a man of vision,” said Carrie Anne-Wilson Woolverton, president of the Captain James Burleson Chapter of the National Society United States Daughters of 1812. He left Tennessee and settled in Mississippi, donating four acres of land to a cemetery there where his family members were buried. After arriving in Texas, he deeded some oil and gas interests to the Fox Cemetery to help pay for its upkeep, and the cemetery is still receiving those payments to this day.

Priddy was friends with the cemetery’s founder, Joseph Fox. Several prominent early settlers from Kaufman County are buried there, including Capt. Israel Spikes, who attended the meetings to write the Texas constitution in Austin in 1875 and 1876. He died in 1879. There are two historical markers at the cemetery honoring the Fox family and Capt. Spikes.