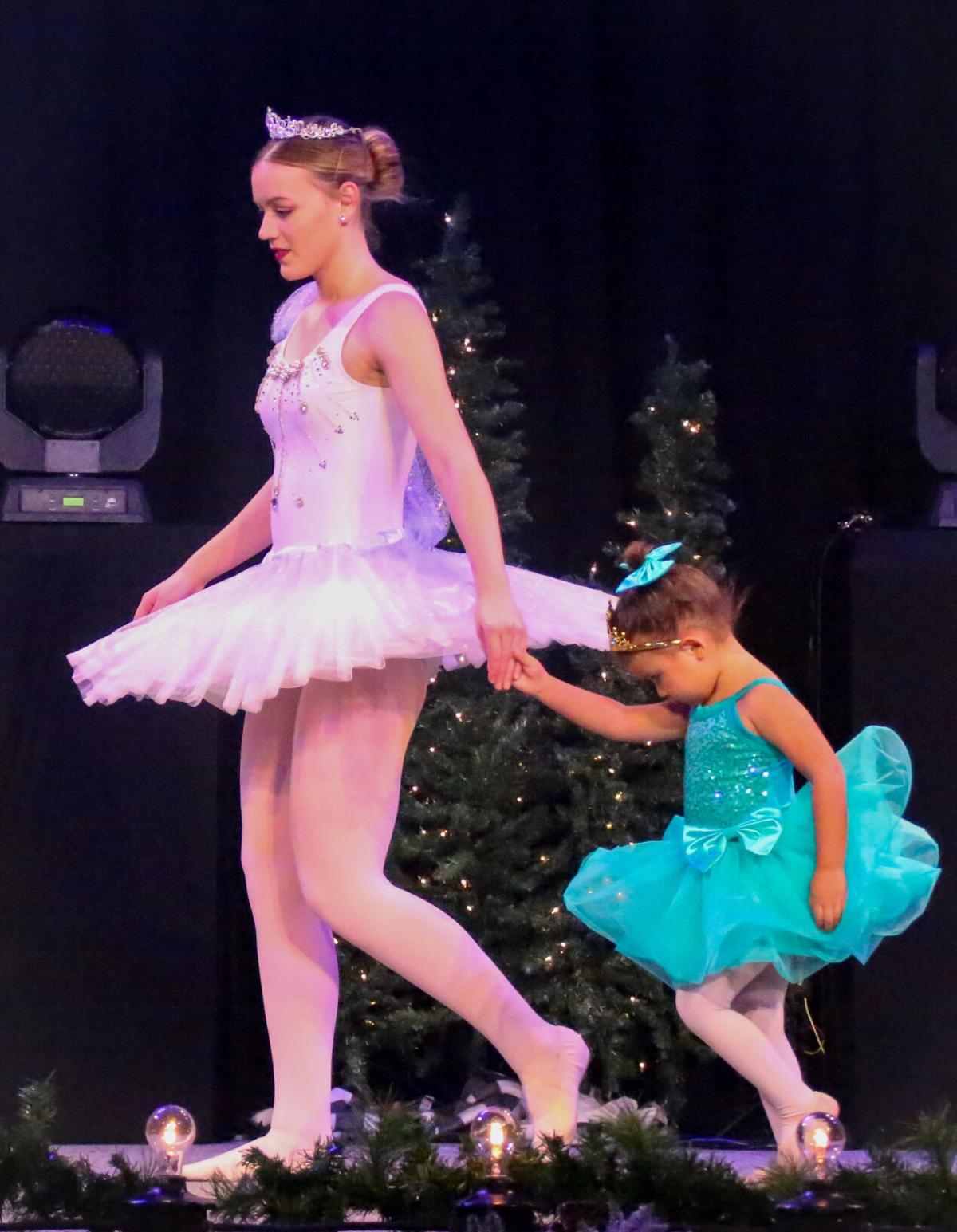 Savannah Mitchell, senior, dances as the Snow Queen, in The Dance Factory’s rendition of The Nutcracker on Dec. 20, leading Olivia Stidham on to the stage for her first Nutcraker performance. 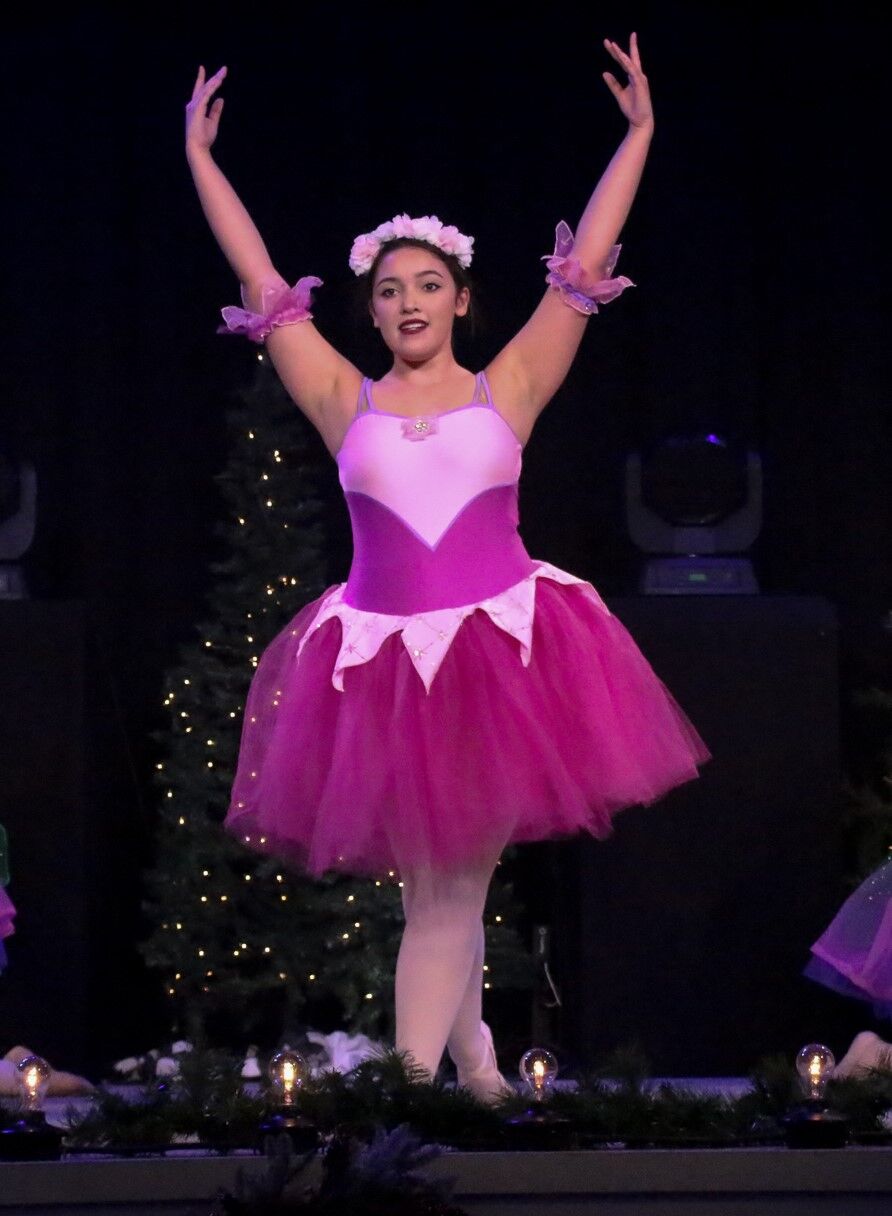 Natalie Cruz, senior, leads Danica Barnet, left, and Kaylee Choate, right, in the Waltz of the Flowers dance during The Nutcracker on Dec. 19 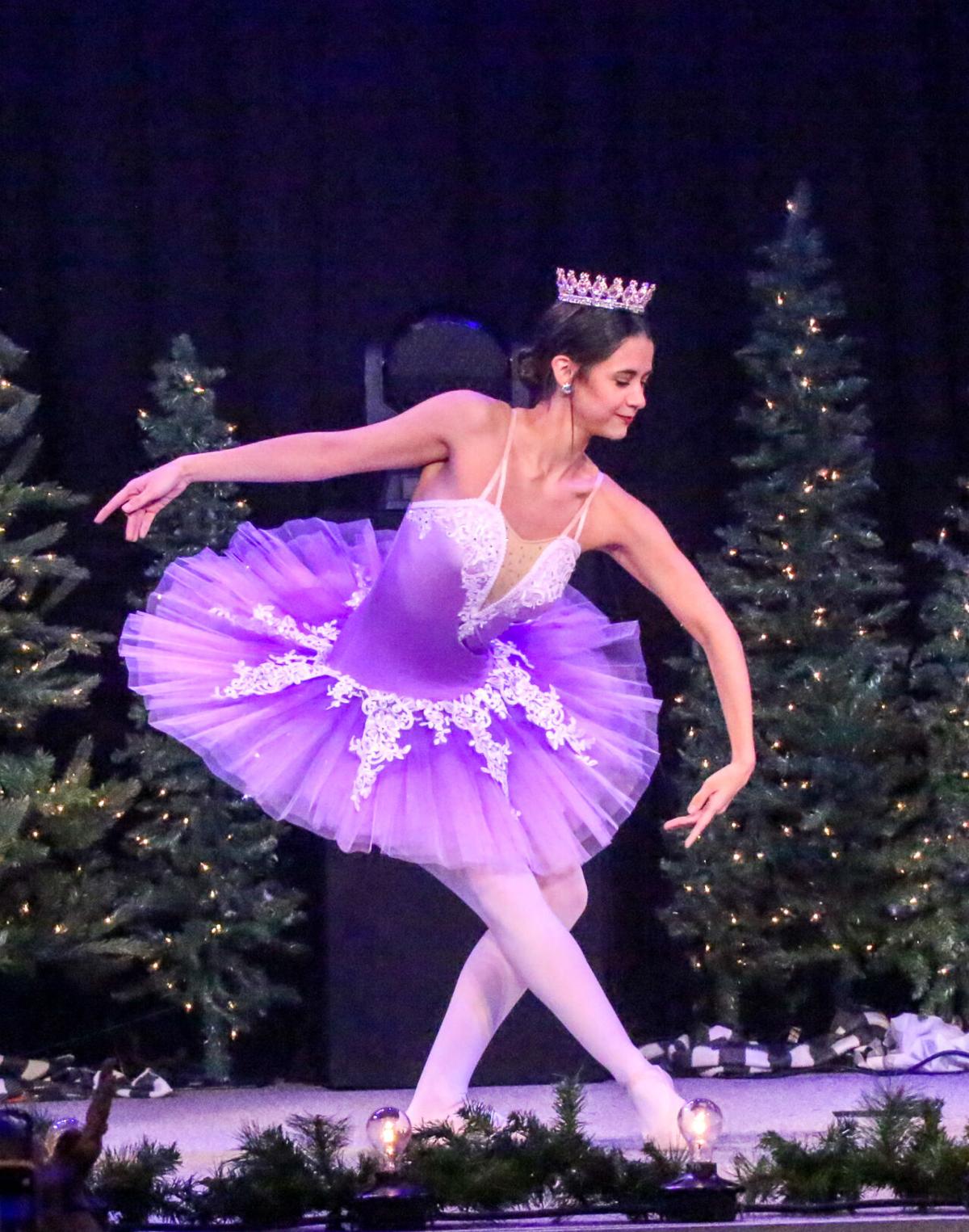 Jaci Dunn, senior, dances as the Sugar Plum Fairy in The Dance Factory's rendition of The Nutcracker

Savannah Mitchell, senior, dances as the Snow Queen, in The Dance Factory’s rendition of The Nutcracker on Dec. 20, leading Olivia Stidham on to the stage for her first Nutcraker performance.

Natalie Cruz, senior, leads Danica Barnet, left, and Kaylee Choate, right, in the Waltz of the Flowers dance during The Nutcracker on Dec. 19

Jaci Dunn, senior, dances as the Sugar Plum Fairy in The Dance Factory's rendition of The Nutcracker

Since 1997, The Dance Factory in Kaufman has annually produced a renditionof the classical holiday favorite, The Nutcracker.

The first shows were at The Light Spot, on the Kaufman Square. In recent years, the studio’s production of The Nutcracker has grown to fill sold-out shows at Kaufman High School’s Performing Arts Center.

Preparations for The Nutcracker begin in October, with tryouts for feature roles such as Clara, the Nutcracker, the Sugarplum Fairy, the Snow Queen, Dew Drop Fairies, Mirlitons, Russians, Spanish and many other roles.

The show is usually an hour and a half long, showcasing almost 100 ballet students, dance alumni and parents.

With COVID-19 regulations, there were doubts concerning whether the yearly production might happen.

Jennifer McBride, The Dance Factory owner, had trouble finding a venue that was available, as many were not allowing rentals because of COVID-19 restrictions.

“Finding a performance venue was extremely difficult and once I finally found one, I wasn’t sure we would be able to fit on the stage,” said McBride.

The production was scaleddown to a minimal show with only the featured dances, making the show about 30 minutes long.

The fact that COVID-19 numbers were steadily climbing caused additional strain on the teachers and students. Some students were required to quarantine in the weeks leading up to the show, a crucial period of training for the performers.

Thoughts of not doing the show had crossed McBride’s mind but she knew she had to do it.

“I could not imagine a year without it. I also felt like I owed it to my senior dancers... they deserved a final Nutcracker experience,” said McBride.

This year only three students had featured roles. The production featured Natalie Cruz of Scurry as the Dewdrop Fairy, Jaci Dunn of Crandall as the Sugar Plum Fairy and Savannah Mitchell of Kaufman as the Snow Queen, providing a way for the school to honor its graduating seniors. Community Life Church was the saving grace, providing McBride and her students a place to perform. The church’s stage was smaller than the studios in which the dancers practice, requiring revamping of the choreography.

Available space and limited capacity forced The Dance Factory to divide their ballet classes in half and put on two shows. One half of a ballet class would perform in show A and the other half in show B. Forsome families, it split siblings but kept the church and studio within regulatory COVID requirements.

“We also offered a live stream through zoom, which was a learning process,” said McBride. McBride feels that she will continue to offer some form of livestreaming for future performances.

At first, students were allowed to bring two parents. When Kaufman County went into the red zone for COVID-19 cases, the studio had to limit the show to just one guest per household.

Like many business owners, McBride has suffered from the effects of COVID-19 regulations. The Nutcracker is one of the studio’s yearly resources of revenue, and the impact of not being able to sell tickets for the show this year will continue to be felt over the next few months.

When McBride was questioned if she was glad she persevered through all of the struggles, she said, “I am!! Hearing my dancers giggle with excitement, seeing them in costumes, smiling on a stage, and parents beaming with pride made it all worthwhile. I also hope I have taught them how to persevere in any situation. The show must go on!!”

For some students, this was their first Nutcracker, even as untraditional as the circumstances might have been. Even so, this performance might have been the final bow for seniors Cruz, Dunn and Mitchell, but the tradition of The Nutcracker will go on.