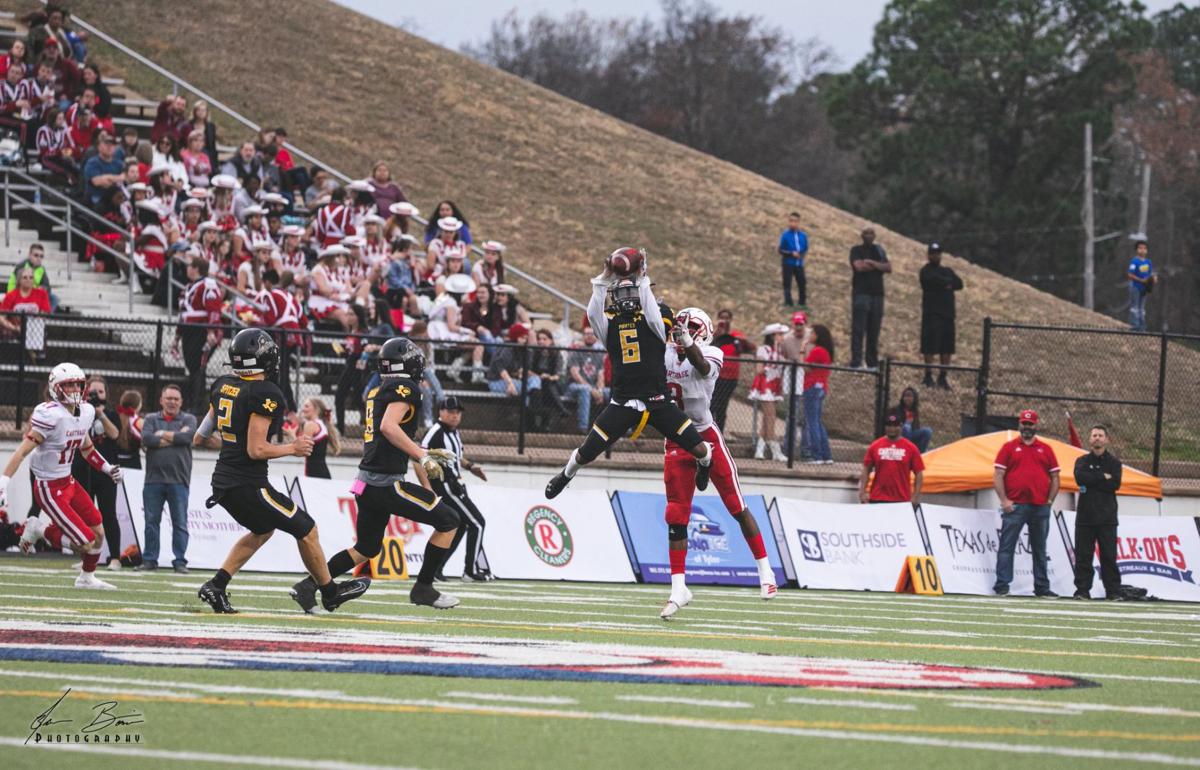 Billy Myers makes an impressive leap and catch in Friday's game against Carthage. 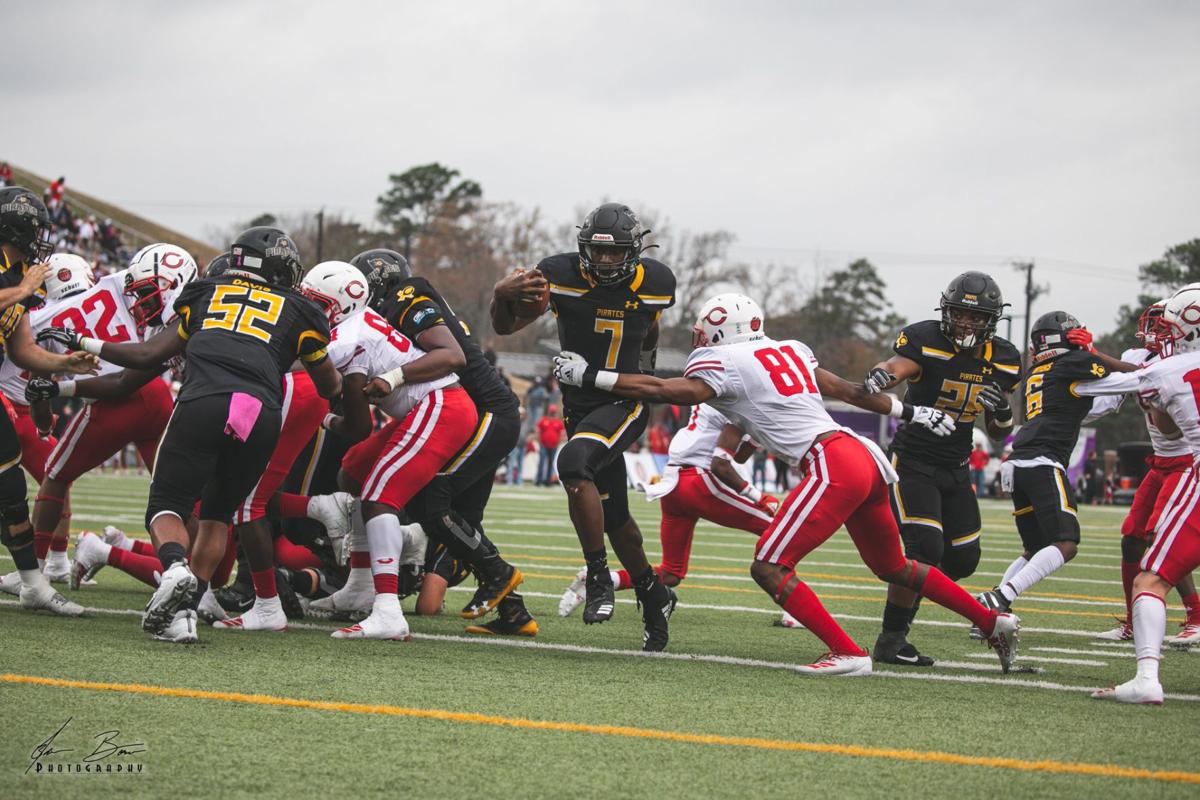 Freshman rusher Sammy Omosigho breaks a tackle in the Pirates’ game against Carthage Friday in the regional game of the playoffs.

Billy Myers makes an impressive leap and catch in Friday's game against Carthage.

Freshman rusher Sammy Omosigho breaks a tackle in the Pirates’ game against Carthage Friday in the regional game of the playoffs.

When the Crandall Pirates took the field in Tyler Rose stadium on Friday afternoon to compete against the Carthage Bulldogs, it was the first time the team had advanced to the third round of the playoffs since well before any of the players had been alive.

The last time the Pirates advanced to the regional round of the playoffs, it was 1991. George Bush Sr. was president, the USSR was collapsing, and Magic Johnson had just announced the end of his acclaimed basketball career. Twenty-eight years later, the Pirates returned to the regional stage with a wave of momentum boasting an undefeated district record and an 8-2 record overall. Despite losing 42-0 in a surprising blowout in the season opener against District 10’s Chapel Hill (who went on to a 2-8 season with no wins in district), the Pirates showed their growth over the course of the following nine games with their 14-0 win over Kilgore in the bi-district round, despite Kilgore’s 35-7 win over Chapel Hill in their own district.

Next on the docket for the Pirates were the Little Cypress-Mauriceville Bears in the area round. Echoing their previous effort against Kilgore, the Crandall defense shined ,forcing four turnovers capped by an interception from freshman Sammy Omosigho and paving the way for the offense to lead the team to its 24-7 win over the Bears. The passing game in particular was crucial for the Pirates with quarterback Holt Reese, who boasted a 74 percent completion rate, pitching for 161 yards and all three of the team’s touchdowns. Javon Reedy was on the receiving end of six of those passes, two of which were touchdowns. Shabrun six receptions of his own and the other Crandall touchdown.

With another strong win under their belts, the Pirates strode into Tyler on the day after Thanksgiving to face the greatest roadblock in all of East Texas football, the Carthage Bulldogs, who haven’t lost a regular season game since 2016. The Pirates scored another three touchdowns against Carthage, resulting in the closest game of the playoffs for the Bulldogs and their most competitive since their game against rival Henderson in their district, but the Bulldogs ultimately ended the Pirates’ eight-game winning streak with a decisive 52-21 victory.

Despite the end of their current season, the future is bright for the Crandall Pirates. Better yet for the Pirates, many of the team’s breakout players of the season, including receiver Shabrun Booker, offensive pass rusher and defensive turnover threat Sammy Omosigho, and receiver Mason Daugherty, will all return for another season next year. Booker and Omosigho, just freshmen right now, have the potential to become massive staples of the team in the years ahead. With multiple wins over larger schools, a dominant district performance, and years of growth on the horizon, the Crandall Pirates have successfully established themselves as a force to be reckoned with in not only their district, but in East Texas as a whole with their string of victories in 2019.