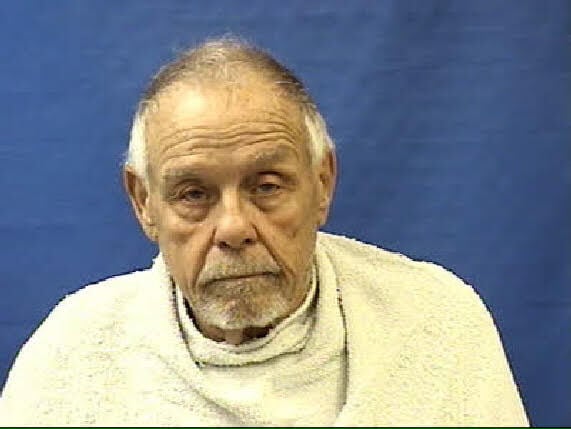 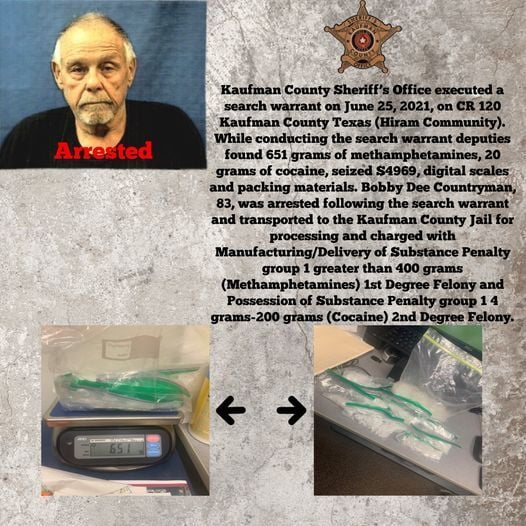 After conducting a search, deputies found 651 grams of methamphetamine, 20 grams of cocaine and digital scales and packing materials. Officers also seized $4,969 in cash.

Countryman has faced a string of drug arrests and charges since 1983. The last arrests were in 1993.

He was sentenced to 300 months, or 25 years, for drug charges in 2001 and was serving his sentence at Butner Medical Center in North Carolina, according to the website of Jeremy Gordon, an attorney in Mansfield. He was scheduled to be released in 2022.

Gordon filed for compassionate release on Countryman's behalf, arguing that his age and medical conditions put him at risk of illness and death during the COVID-19 pandemic.

"To our surprise, the government wrote a response indicating that they were not opposed to Countryman's release…" Gordon wrote on his website. "The law office of Jeremy Gordon is proud to report that Countryman is doing well at home and reacclimatizing to society."