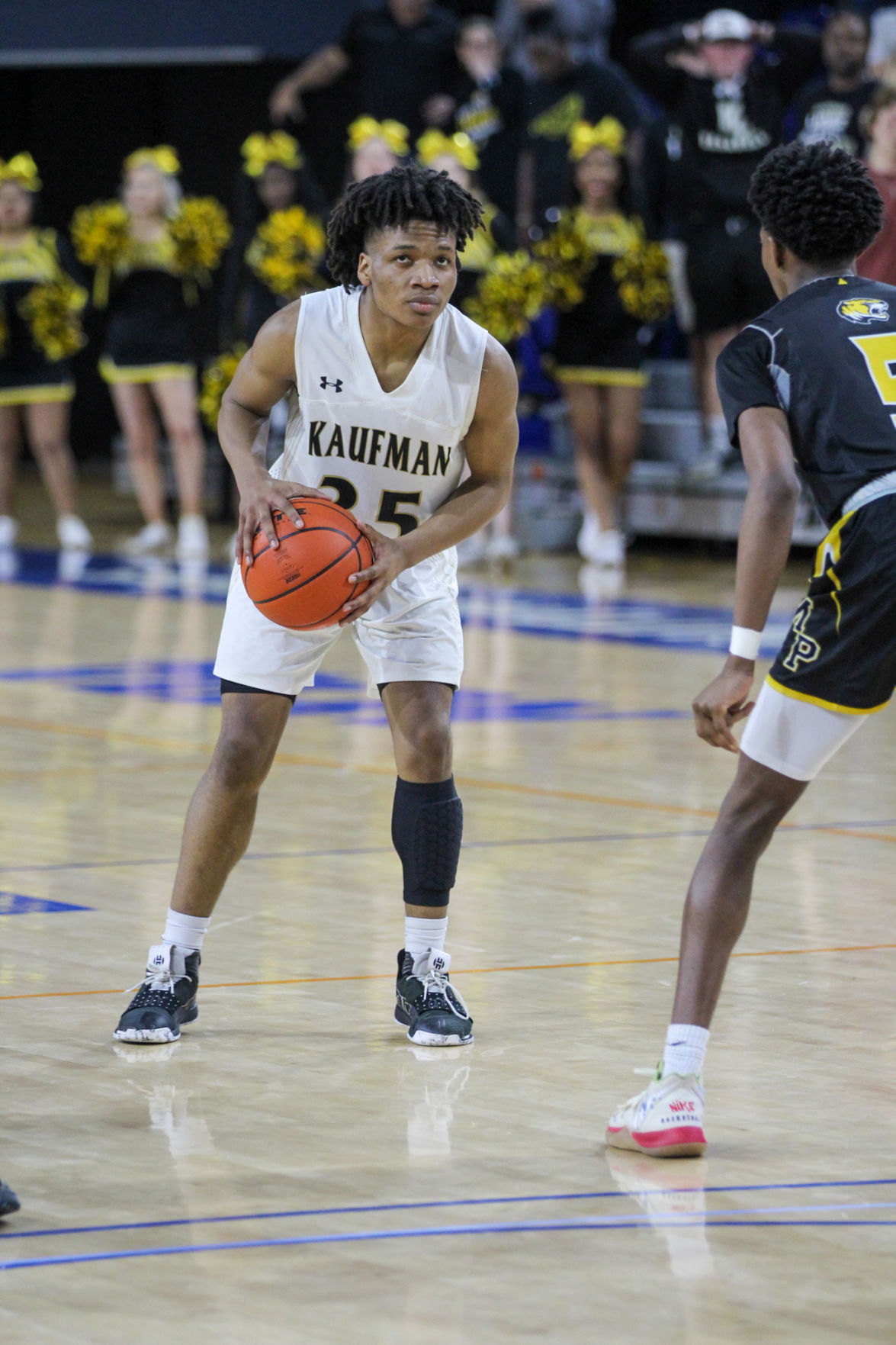 Jamar McCray, playing in his last game for Kaufman High School, moves in for a play against Mt. Pleasant on March 3. 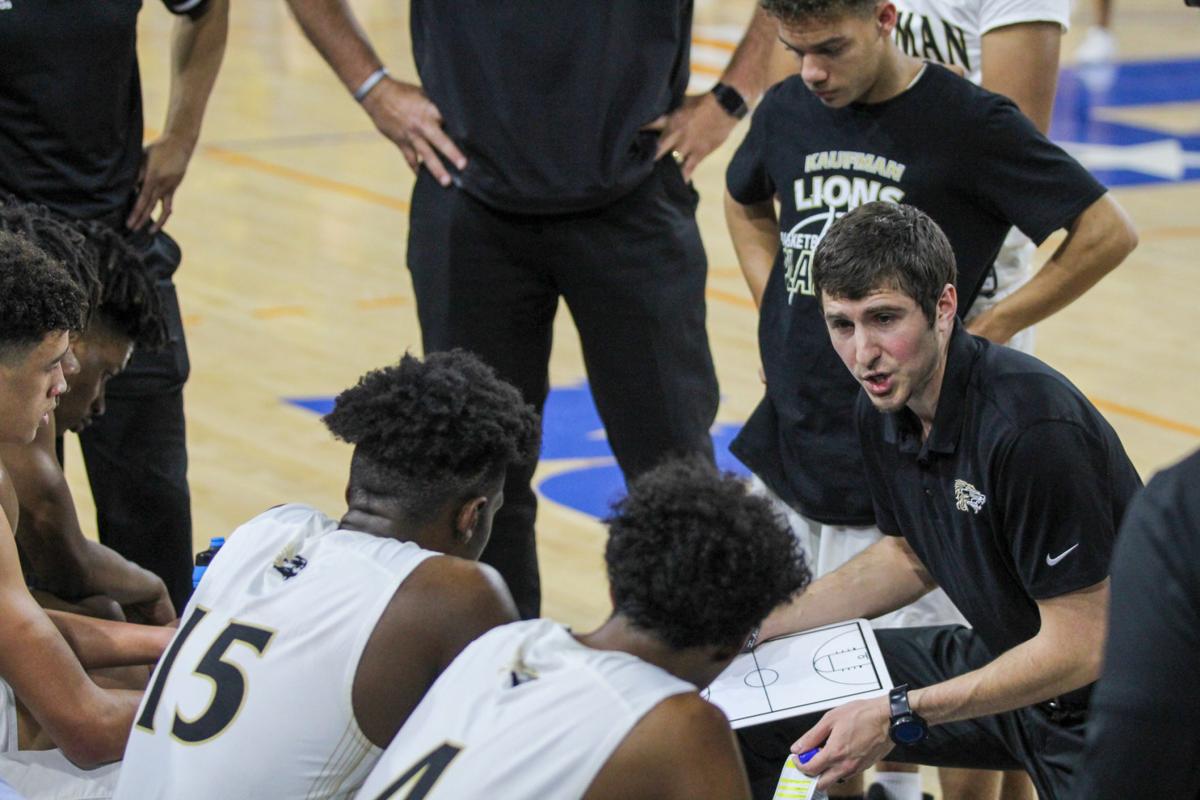 Head Coach Matt McLaughlin leads his players in Kaufman's charge in the regional quarterfinals on Tuesday.

Jamar McCray, playing in his last game for Kaufman High School, moves in for a play against Mt. Pleasant on March 3.

Head Coach Matt McLaughlin leads his players in Kaufman's charge in the regional quarterfinals on Tuesday.

It was a loss that left the Kaufman boys basketball team drained, physically and emotionally.

After battling back from a potential blowout to force overtime, the Lions lost a heartbreaker to Mt. Pleasant, 56-53, in the Regional Quarterfinals 7 p.m. Tuesday at the University of Texas at Tyler.

"This a special group we have," McLaughlin said. "They never give up."

With the clock winding down and Mt. Pleasant defenders swarming the ball, Dickerson ducked under two Tigers to shoot a 3-pointer at the buzzer that rolled off the front of the rim.

"They never gave up until the final buzzer," McLaughlin said.

The ovation that the travelling Kaufman crowd gave to the Lions after the buzzer sounded signified the game the Lions had just competed in.

Because late in the third quarter and early into the fourth, Kaufman fell behind Mt. Pleasant by as many as 21 points - as was the case when the Tigers led, 39-18, with 1:03 left in the third.

The Lions as a team never quit battling in a war of free throws - with both teams over the foul limit- but it was McCray's ability to nail big shots that extended the game through regulation.

"It was a physical game," McLaughlin said. "With the third round of the playoffs, games are always going to be physical.

McCray began by nailing back-to-back 3-pointers and a short time later sliced through the Tigers' defense to cut lead, 43-37, with 1:39 remaining in the fourth quarter.

The battle of three throws contined between both teams, and Kaufman was able to take off missed free throws to set itself up for one last chance to force overtime, trailing 49-46 with seconds remaining.

McCray's most impressive three-pointer of the night came as the fourth quarter buzzer sounded as the ball fell through the net, forcing overtime with the score tied, 49-49.

The Lions even found themselves in a 52-52 tie with the Tigers with 1:04 remaining in overtime after McCray hit yet another 3-pointer, but the Tigers made free-throws down the stretch aided them in the win.

"It's a tough way to end," McLaughlin said.

The loss brings about the end of an era for a senior-heavy Kaufman team.

"It's hard to put into words of how good of basketball players and how good of young men (our seniors) are," McLaughlin said. "We're going to miss having them on the court and in the locker room."

But returning players, like Dickerson, give McLaughlin building blocks in order for Kaufman to remain competitive in upcoming seasons.